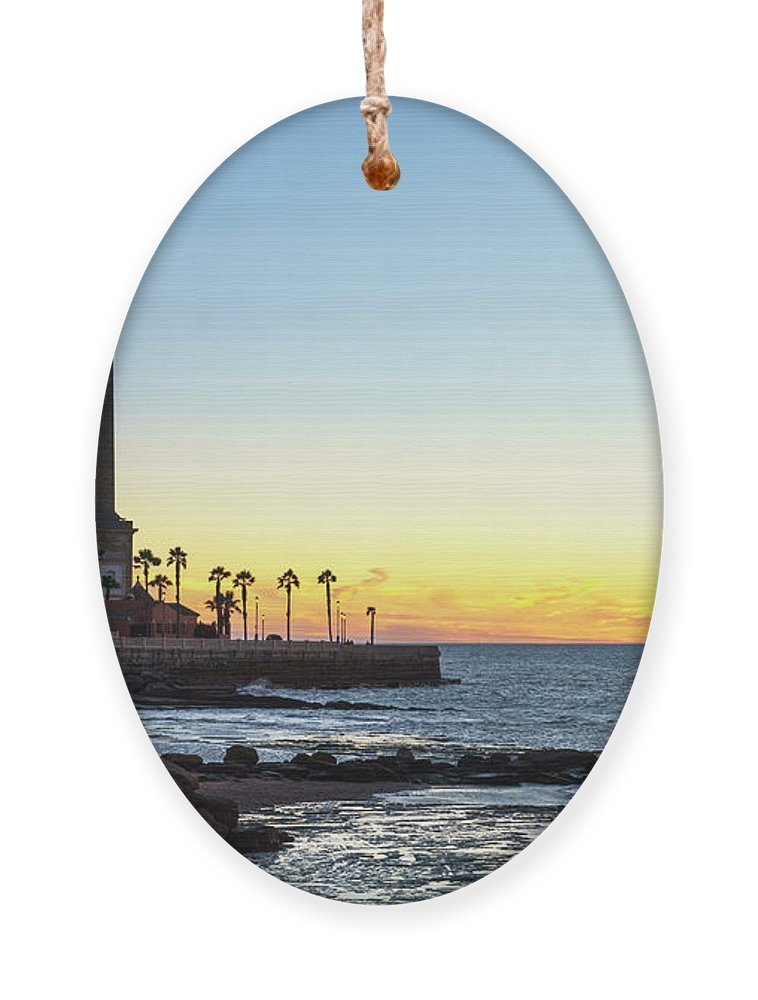 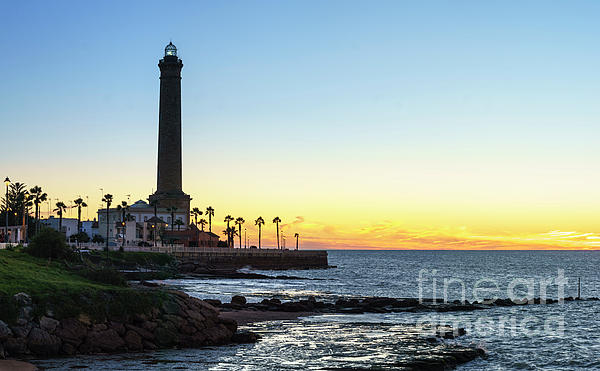 Boundary: Bleed area may not be visible.

Click and drag to re-position the image, if desired.

The watermark at the lower right corner of the image will not appear on the final product.

The image is near the edges of the product but doesn't cover the entire product.   Some of the background color may appear around the outside edges of the image.

Our wooden holiday ornaments are 1/2" thick, approximately 4" tall, and include a string for easy hanging and a magnet on the back for use on refrigerators.   Ornaments are available in six different shapes, including: stars, hearts, bells, trees, ovals, and stockings.

Gently clean with a damp cloth.

Chipiona Lighthouse (Spanish: Faro de Chipiona), also known as Punta del Perro Light is an active 19th century lighthouse in Chipiona, in the province of Cadiz, Spain. At a height of 205 feet (62 m) it is the seventeenth tallest "traditional lighthouse" in the world, as well as the tallest in Spain.[5] It is located on Punta del Perro (lit. Dog Point), a projection of land into the Atlantic Ocean in the city of Chipiona, about 6 kilometres (3.7 mi) southwest of the Guadalquivir entrance, and serves as the landfall light for Seville. A previous lighthouse was present at the same site from the Roman period, and this former lighthouse gave Chipiona its name. This superb lighthouse was, according to Strabo comparable with the mythical Lighthouse of Alexandria. It was ordered to be built in 140BC by the Roman proconsul Quintus Servilius Caepio in an attempt to finally overcome the problems of the Salmedina reef at the mouth of the then river Betis, now the Guadalquivir. Its Latin name Turr...

Ferrol - Spain, 1963. A self taught photographer, I started as an amateur in the late 70s. My interest in rural and urban landscape, tall ships and, above all, seascapes, has taken me to develop a photographic and editorial activity. My work has been published in specialized magazines, photography books and exhibited in Galleries. Many of my images have been purchased by private collectors. Unless otherwise stated, all images are © pabloavanzini.com, and are the exclusive intellectual property of Pablo Avanzini, as such, they are protected by US & International Copyright laws. You can use any image from this website for personal, non-commercial use provided that the following attribution requirement is fulfilled: The text "...